The blank screen  stares at you. The blank page dares you. A glaring, white, mocking flung gauntlet.“Just who do you think you are?” It asks. It aims directly at all the things that scare you the most. All that you fear. All your insecurities. All your perceived deficiencies, and all those that hide in the shadows of your unknown blind spots.And so it begins. You either face all those fears, or you don’t. Not playing the game is always the third move on any chess board. Its an internal confrontation, and one frankly, that I’ve been avoiding for quite some time. I reached a point in my life where I was just exhausted from waging a war with myself inside my own cranium. Call it battle fatigue, post traumatic stress syndrome, or whatever you want.I retired. I got tired of failure. I got tired of loss. I needed some peace.So I moved to Sodus Point in Wayne County, NY, USA to become “A gentleman apple farmer”. I was due for a major battery recharge, and this is where I found it.
I made a new life with someone I loved and someone that seemed to love me back. The genesis moment of a new me, really. I tended the “farm”. Cooked and cleaned, made sure my woman was taken care of. Toiled in the gardens, took care of the critters, fixed up the house… learned new skills that eluded me in my previous nomadic musician’s existence. I learned how to be simple. I learned how, above all else, to preserve my tenuous hold on my own sanity without the benefits of serotonin re-uptake inhibitors and lithium. I learned how to meditate. I learned that is was ok to just STOP. Take a break. In this case, it was a five year time-out.One of the casualties, or collateral damage however you want to look at it, was that I stopped playing the piano for a few years. I wrote a song once about the piano being “the only thing that has never let me down”. That may be true. Perhaps I just got tired of letting IT down (and more importantly, letting my friends and people I truly loved down through the medium of playing the damned thing). It became pretty evident to me that no matter how hard I tried, I was never really gonna master that 88 keyed beast to the point where I was going to be able to play what I actually heard in my head.Sorry, piano. It's been great fun, but like with any substantial future ex-lover, painfully it was time to say "Au Revoir". "Arrivederci". "Ciao". "Auf Wiedersehen". "Sayo-the fuck-onara". The future is now.There was a lot of saying “goodbye” to a lot of things. Primarily, the definition of “self”. “Tear it Down, and Build it Up Again”. I was more than content stripping a deck, weeding gardens, walking dogs, and plunking on a ukulele every blue moon. 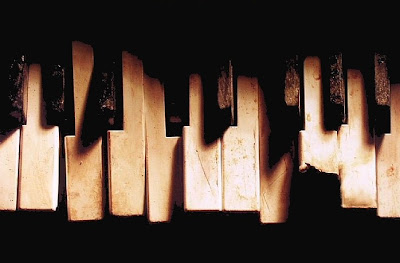 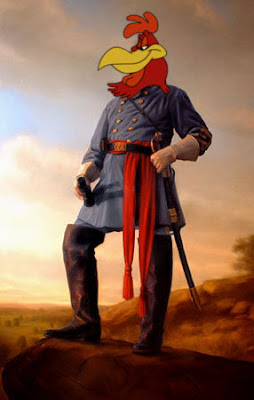 ADDRESS VIA COPY AND PASTE IN AN EMAIL, THROUGH THE TWITTER OR FACEBOOKIE "SHARE" BUTTONS,WORD OF MOUTH, FILTHY WHISPERED GOSSIP, FALSE NARRATIVE, TIN CAN AND STRING CONFIGURATIONS, PONY EXPRESS, OR CARRIER PIGEON. WITHOUT FEEDBACK OR ACTIVE "SHARING", WHAT YOU JUST READ.... DOESN'T EXIST!

You Eat What I Cook You

Promote Your Page Too

Become A Citizen of Hungaria!